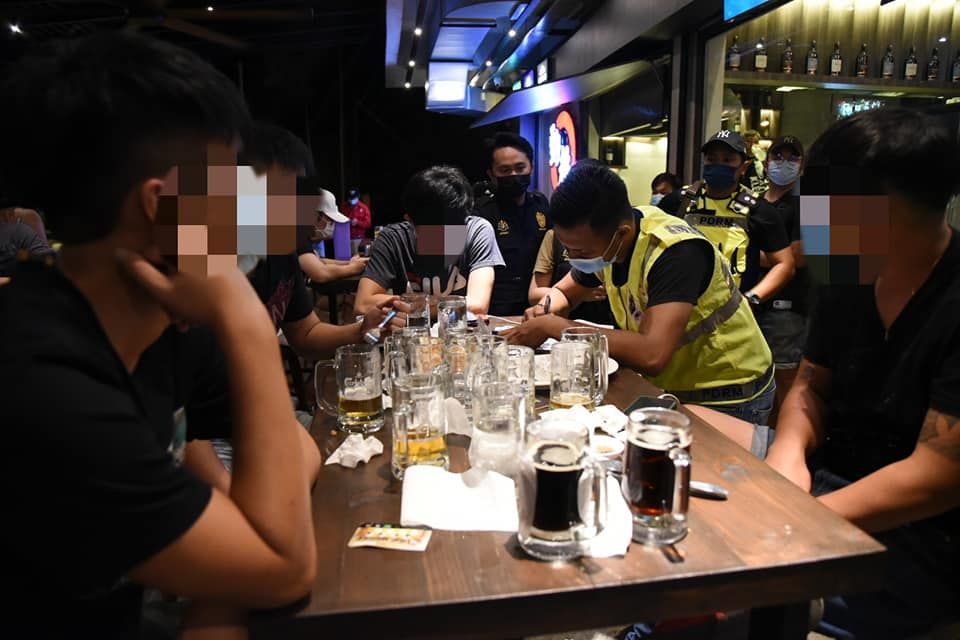 KOTA KINABALU: The owner and customers of an entertainment center operating in the suburb of the city’s Luyang area were arrested on Friday evening (April 17).

A total of 51 summons were issued against the owner as well as customers for offenses that included violating social distancing and a host of other violations of local regulations.

The owner, who has been ordered to close the premises, also faces further fines for failing to comply with Covid-19 SOPs at his premises which have been crowded with people since opening earlier this year.

The operation involving 69 staff was carried out by the Kota Kinabalu City Hall Monitoring Team along with the police, the health department and the customs department.

Kota Kinabalu City Hall Deputy Director (Operations) Robert Lipon, who led operations at 10 p.m. Friday, found that the entertainment center did not even have a license to operate.

In a statement, the town hall said the operation was triggered by numerous complaints from the public about the point of sale as well as checks on compliance with COVID 19 SOPs by the operator and customers.

The operator received six compound notices for conducting unlicensed entertainment activities, placing equipment on the sidewalk without a permit, and constructing a building structure without local council approval.

The town hall also seized entertainment equipment, tables and chairs during the raid.

The owner also faces a maximum fine of RM50,000 for failing to observe SOP compliance at the business premises.

Customs also confiscated alcoholic beverages at the scene as they did not have a permit to sell alcohol.

The outlet that sits along the road in a residential area has been the subject of public complaints since it opened just a few days ago.