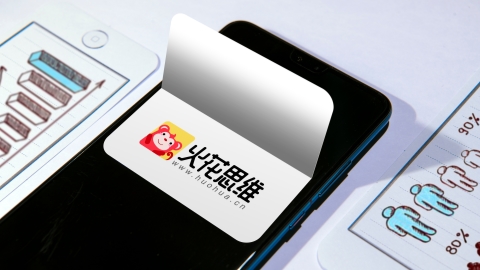 Chinese online tutoring platform Spark Education is seeking an initial public offering on the New York Nasdaq market to raise up to $ 100 million, even as Chinese regulators tighten their control over the industry.

The Beijing-based, Cayman Islands-incorporated company said it intends to use the proceeds from the sale of shares to improve and expand course offerings, upgrade technology and expand marketing.

Founded in 2017, Spark Education – known as Huohua Siwei in Chinese – mainly offers tutoring classes in math, Chinese literature and English for preschool through elementary school students, according to its website. Each class has four to eight students, with academic coaches provided for â€œreal-time personalized learningâ€.

Mathematics is the most popular course, accounting for most of the company’s income.

“Mathematical knowledge is the most important,” said a member of the company staff. “The main goal is to improve children’s logical reasoning skills.”

The company thrives on parents’ obsession with extracurricular education to prepare their children for the intense competition of exams to enroll in the best high schools and universities. A good education is considered the key to professional success later in life.

Education authorities, however, have become alarmed at all the pressure on young children to be academic super performers. They actively sought to retain overzealous parents and alleviate the financial and emotional burdens of extracurricular studies.

Blue Elephant Capital partner Veronica Zhou said in a Beyond Unicorn podcast that in major Chinese cities – Beijing, Shanghai and Shenzhen – families spend an average of 20-30% of their disposable income on educating their children. .

â€œThis trend has increased in recent years and is also growing in second-tier cities in China,â€ she said.

This trend is pushing many low-income families to fork out for additional classes provided by tutoring companies in order to keep pace with children from wealthier families.

As parents sent their kids to extracurricular classes on weekends and after school hours, the coronavirus pandemic has shifted much of that trend online. The size of China’s online education market has reached 432.8 billion yuan ($ 67.7 billion) and is expected to exceed 500 billion yuan this year, according to a report published by www.100ce.cn.

As of March 31, Spark Education served 370,530 students, up from 133,902 a year earlier. In 2020, the company reported sales of 1.17 billion yuan, an increase of 501% from the previous year, according to the prospectus filed with the United States Securities and Exchange Commission.

â€œI signed up for a free trial for my four-year-old daughter,â€ said a 29-year-old mother surnamed Tang. “There was a lot of interaction between the teacher and the students. It all seemed worth it, so I signed her up for a math tutoring class.”

â€œThe government can strictly restrict or even ban advertising for online and offline tutoring businesses,â€ he predicted.

Indeed, the government has already introduced strict laws and regulations governing the after-school tutoring market, adding to the uncertainties about the outlook for the industry.

In May, the Beijing Market Surveillance Authority fined four online education agencies 500,000 yuan each for deceiving customers with false advertising.

On June 15, the Chinese Ministry of Education announced the establishment of a new department to oversee the out-of-school education sector. This watchdog has received numerous complaints about false advertising and deceptive prices.

â€œFor unrepentant companies that refuse to resolve these issues, regulators will suspend operations and even revoke their licenses,â€ said Chen Zhijiang, an official with the State Administration for Market Regulation.

Some online education companies, notably Yuanfudao, invested by Tencent and Zuoyebang, backed by Alibaba, have recently made layoffs. Businesses are heavily involved in preparing students for high school and university entrance exams.

Unless schools improve the quality and content of their education, parents will always turn to after-school tutoring, she added.

Spark Education founder Luo Jian said the current climate provides an opportunity to pause and reflect on the future path of the tutoring industry. He has embarked on road shows to convince investors that the government crackdown will not affect his company’s operations.