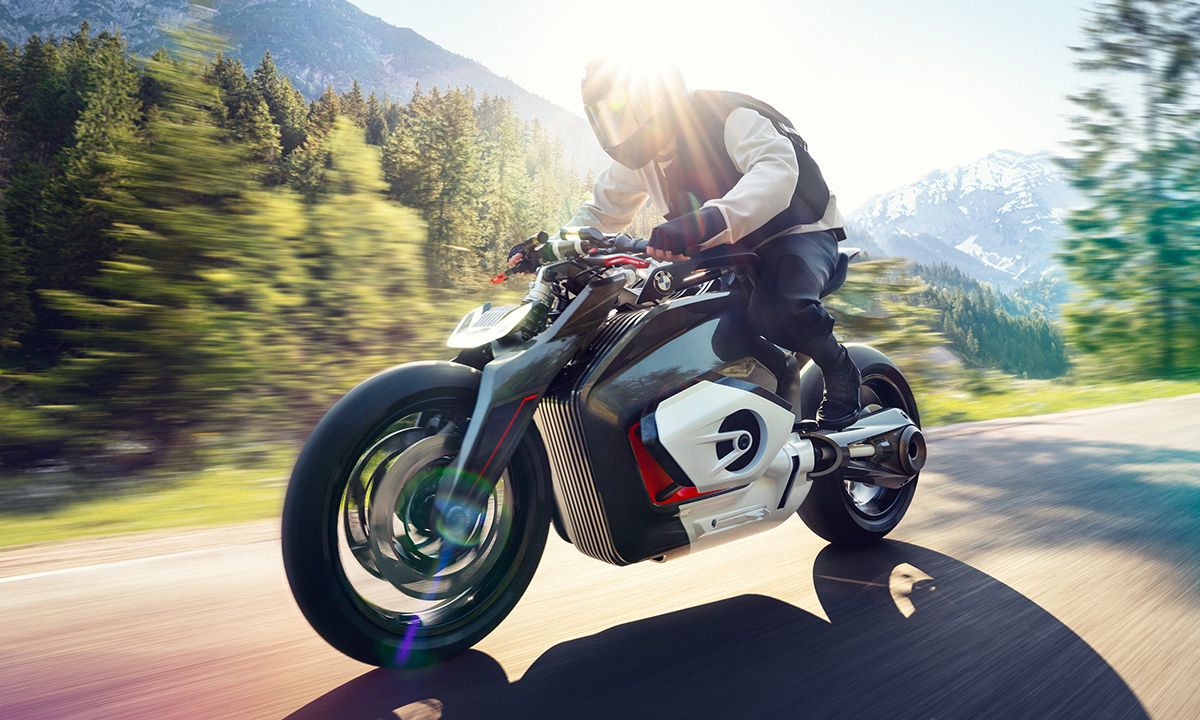 BMW is currently exploring the electrification of motorcycles, sharing this week a glimpse of what an electric-powered BMW motorcycle could look like with the BMW Motorrad Vision DC Roadster. BMW Motorrad has used the two-cylinder boxer engine for over 90 years, but the company is now aiming to replace it with an electric motor.

â€œThe Vision Bike shows how we are able to keep the iconic BMW Motorrad identity and appearance in distinctive form while presenting an exciting new kind of driving pleasure,â€ says Edgar Heinrich, Head of Design at BMW Motorrad . â€œAfter all: anyone who has tried it in practice knows full well that riding on two wheels is just as exciting when it’s electric!

The engine is the centerpiece of virtually all conventional motorcycles, but with an electric vehicle, the battery takes up the most space, while the engine itself is reasonably compact. BMW implements a vertically mounted battery where the boxer motor would typically be on the Vision Bike, with two protruding side members with cooling ribs and integrated fans for cooling purposes. From there, the cylinder-shaped electric motor rests under the battery, directly connected to the universal shaft.

The replacement fuel tank is a tubular structure that spans the main part of the vehicle. The seat is then integrated into what BMW calls the “modern form”, giving off the appearance of a sporty roadster. The frame of the Vision Bike is made of aluminum, as the carbon fiber elements further reduce the overall weight of the bike.

To complete the bike, BMW is launching a lightweight jacket with large iridescent graphics and black pants, with guards sewn almost invisibly. The costume also includes an asymmetric backpack vest attached to the jacket with magnets.

To find out more about the innovative BMW Motorrad Vision DC Roadster, press play below, then visit BMW.