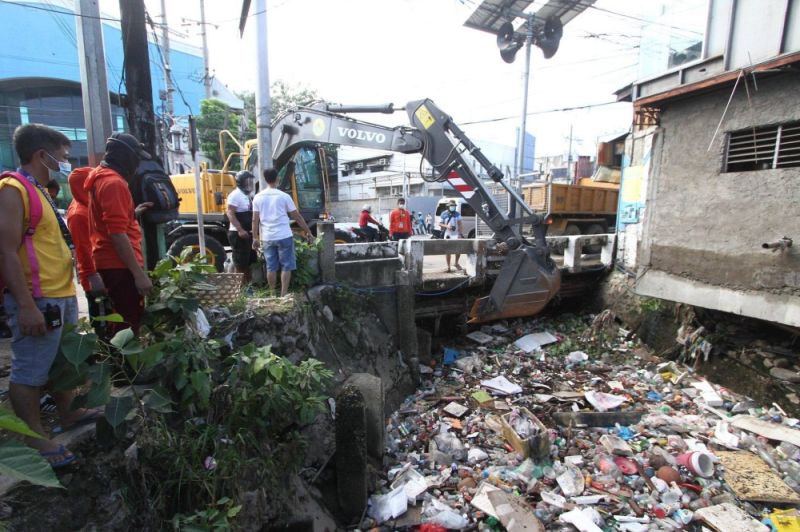 A TOTAL of 163.15 tons of garbage was collected during the six-hour river and coast clean-up campaign that the Cebu City Government conducted on Saturday, September 19, 2020.

The activity started at 7 a.m. and ended at 1 p.m. as part of the International Coastal Cleanup (ICC), which the country celebrates every third Saturday in September.

Eddie Llamedo, head of the Planning and Management Division of the Department of Environment and Natural Resources (DENR) 7, said most of the garbage was collected from the waterways of Lahug, Guadalupe, Bulacao and Kinalumsan; the Tejero and Mahiga streams; the coastal areas of Barangay Mambaling; and the properties of South Road (SRP) consisted of cans, glass, diapers, tires, plastic bottles, cloth or cloth and pouches.

Garbage was disposed of at Inayawan Transfer Station and Binaliw Sanitary Dump.

Llamedo said the amount of trash they were collecting was considered huge since the city experienced a heavy downpour between September 15 and 17.

â€œYes, this is a huge volume considering that in the last three days we have experienced heavy rainfall where this waste has been transported from the upstream part of these rivers,â€ Llamedo said.

However, the environmental official said there was a need to further educate residents, especially those living along the riverbanks, on proper waste disposal.

He urged households to practice garbage segregation and not to throw garbage directly into rivers, canals or streams.

Llamedo also reminded residents that DENR Secretary Roy Cimatu had stressed the need to properly dispose of personal protective equipment (PPE), such as masks and single-use gloves, as they can threaten marine life. and the ecosystem.

Participants in the activity included municipal government employees, DENR 7 and a few barangays.

Cebu City was not the only local government unit in Cebu to participate in ICC 2020.

In Panglao, Bohol, 1.8 tons of garbage was collected from nine barangays.

In Negros Oriental, 63 kilos of garbage were collected on Apo Island.

In Siquijor, 40 kilos of waste were collected in the coastal area of â€‹â€‹Barangay Dumanjug.

ICC is the world’s largest voluntary effort to clean up the marine environment. (JJL)