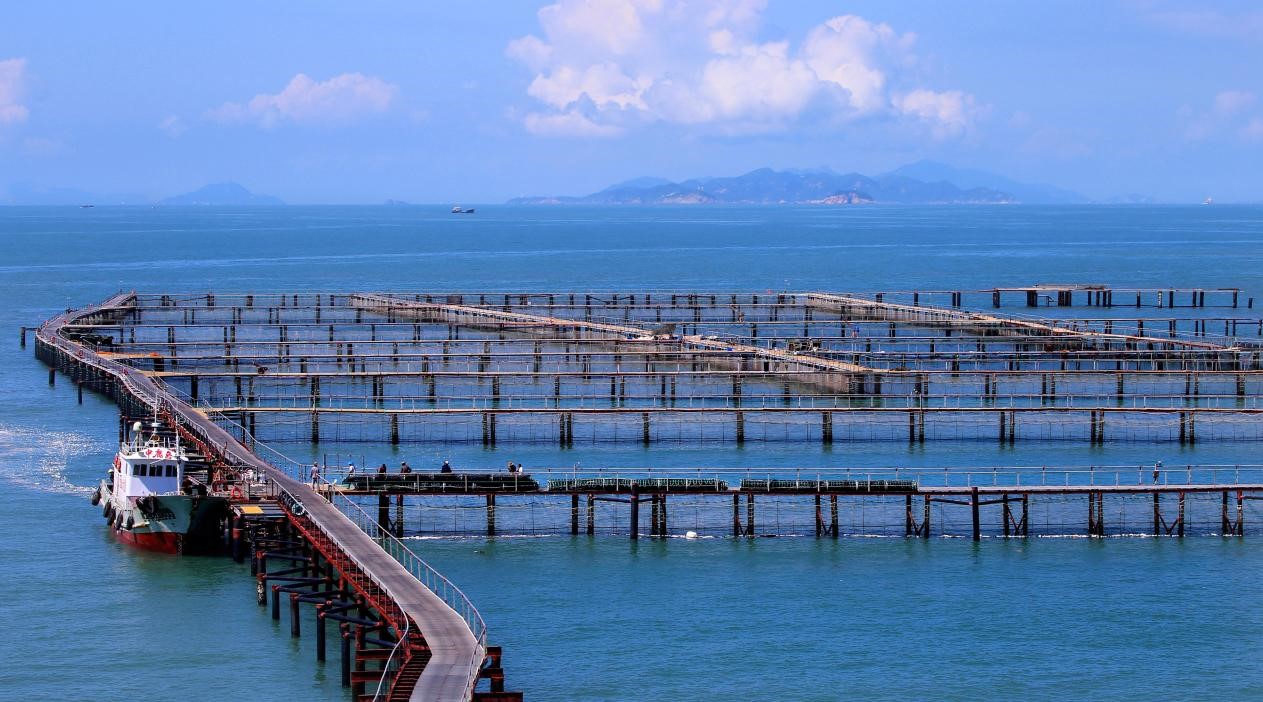 Many Chinese ports have recently entered the peak season for fish production.

In Rongcheng, East China’s Shandong Province, fishermen are going out to sea and coastal aquatic farms are bustling. In Yuhuan, Zhejiang province (east China), fishermen load ice onto their boats for refrigeration and to repair fishing nets. In Hainan province, fish harvests are still visible in the terminals.

The ocean, source of life and containing enormous resources, plays a vital role. As a major maritime country, China has a long coastline, vast maritime areas under national jurisdiction and abundant marine resources.

Since ancient times, Chinese people living in coastal areas have taken the sea as a source of fishing and salt production, as well as a means of transportation. However, the uncontrolled exploitation of resources would lead to overfishing, marine pollution and other problems.

To turn things around, China has consistently promoted the transformation and upgrading of traditional fishing enterprises in recent years.

As the Chinese people gain a deeper and deeper understanding of the sea, they have gradually come to a consensus that marine resources should be exploited sensibly. Therefore, they have built a batch of marine farming complexes which aim to restore resources and develop environmentally friendly mariculture with high quality and efficiency.

Aspiring to achieve harmony between man and the sea, these complexes not only preserve typical marine ecosystems, but also promote a transition of the fishing industry from a quantity-oriented model to a quality. They have become a new source of growth for the maritime economy through their ability to drive the development of the fishing, leisure, tourism and culture sectors.

Developing marine breeding complexes is an important measure promoting the transformation and upgrading of the fishing industry. The resorts have embraced sustainability through advances in science and technology that allow fishermen to use deep sea net pens, aquaculture platforms and other techniques.

Huangwo Village in Lianyungang, East China’s Jiangsu Province, has fallen into poverty due to dwindling fish resources. By creating a mariculture cooperative and building a nori processing factory that turned fishermen into farmers, the village embarked on a new path to prosperity.

The gradual maturation pattern of marine farming complexes has not only expanded the space for fish production, but has also optimized the marine ecology in subtle ways. For example, the reduced frequency of coastal fishing feeds the fishery resources, and the decrease in stocking density in aquaculture also contributes to the restoration of the environment.

Practices prove that building a fish farming environment conducive to the reproduction and growth of aquatic organisms will help promote the natural spread and increase of aquatic biological resources and facilitate the improvement and restoration of the marine ecosystem. It’s like building an “ecological bank” for the sea. Advancing ecological conservation while developing the fishing industry, these marine farming complexes will help the fishing sector achieve both economic and ecological.

As the only major fishing nation in the world where aquaculture production exceeds marine wild catch, China enjoys enormous development potential in the fishing industry. It has an aquaculture marine area of ​​over 1.2 million square kilometers.

Marine breeding complexes are considered an important part of building a modern marine industry system in China’s 14th Five-Year Plan (2021-2025) for national economic and social development and long-term goals up to in 2035. , the maritime economy will experience more significant periods of development.

How does debt consolidation work?