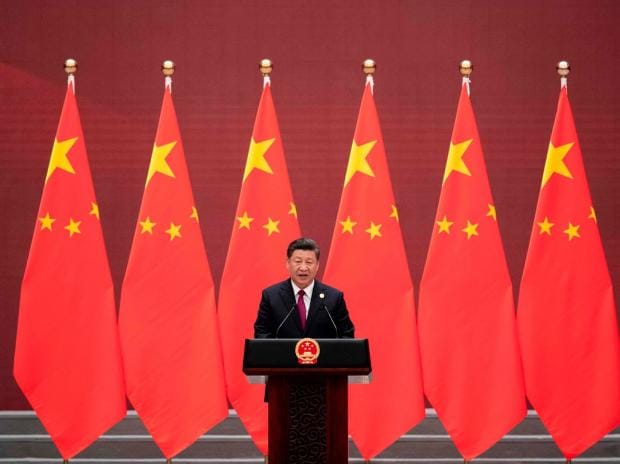 
A court in eastern China’s Shandong province has sentenced an outspoken poet to six years in prison who called on ruling Chinese Communist Party (CCP) leader Xi Jinping to step down, two years after his trial, a news outlet reported.

Zhang Guiqi, 49, widely known by his pseudonym Lu Yang, was sentenced to six years in prison by the Liaocheng Intermediate People’s Court, which found him guilty two years ago of “inciting the overthrow of power of the state,” RFA reported.

“They informed his family by telephone that he had been sentenced,” Zhang Yu, independent coordinator of the Independent Chinese PEN, told RFA. “He was found guilty of inciting the overthrow of state power, sentenced to six years in prison and deprived of his political rights for three years.”

Lu has pleaded not guilty and plans to appeal, Zhang said.

“(His family) wanted to see the judgment, but they didn’t show it to them because they said it was a national security crime and it was a state secret,” Zhang said.

Lu’s arrest came after he posted a video of himself calling on Xi to step down and calling for “an end to the CCP dictatorship”.

“At least three years of this sentence is linked to his mention of Xi Jinping, because if he had called someone else to step down, it would not have been aggravated, which would have meant a three-year sentence” , Zhang said. said.

“It’s one year each for each character (in the name of Xi Jinping).”

Zhang said the video was seen by a fairly small number of people to begin with.

“I guess he may have used his superior knowledge of the law to refute, causing them … to retaliate harshly against him,” Zhang said, as quoted by RFA.

Lu Yang was part of a group of human rights activists who visited Shandong Jianzhu University in January 2017 to support a former professor, Deng Xiangchao, who was targeted by Maoist protesters after he retweeted a post satirizing former Supreme Leader Mao Zedong.

Meanwhile, Lu’s wife, who gave only a surname, Zhang, said she was banned from giving interviews to foreign media and threatened with losing employment with his current employer.

(Only the title and image of this report may have been edited by Business Standard staff; the rest of the content is auto-generated from a syndicated feed.)

Business Standard has always endeavored to provide up-to-date information and commentary on developments that matter to you and that have wider political and economic implications for the country and the world. Your constant encouragement and feedback on how to improve our offering has only strengthened our resolve and commitment to these ideals. Even in these challenging times stemming from Covid-19, we remain committed to keeping you informed and up-to-date with credible news, authoritative opinions and incisive commentary on relevant topical issues.
However, we have a request.

As we battle the economic impact of the pandemic, we need your support even more so that we can continue to bring you more great content. Our subscription model has received an encouraging response from many of you who have subscribed to our online content. More subscriptions to our online content can only help us achieve the goals of bringing you even better and more relevant content. We believe in free, fair and credible journalism. Your support through more subscriptions can help us practice the journalism we are committed to.