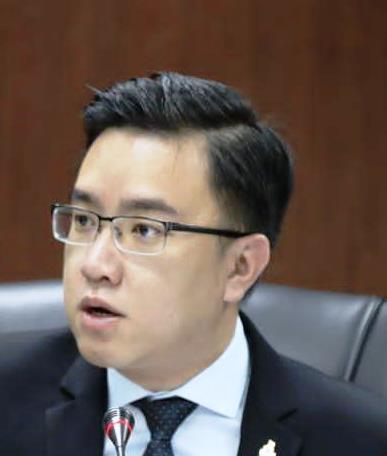 He said the reintroduction of the GST is bad medicine for the economy and would most likely make things worse for ordinary citizens and the working classes.

“We need to learn from our history, in 2017 Malaysia had one of the highest inflation rates in March 2017, 5.1% after the government introduced the GST.

“This means reintroducing the GST now indirectly kills people in my opinion. Ordinary citizens and businesses would suffer double the damage from price hikes if the government decides to reintroduce the GST. than widening the poverty gap, because the poor would continue to suffer and the rich would earn more,” said Luyang MP Phoong.

According to him, the population has recently suffered from the rising prices of all items and yet the government has not taken any measures to cushion the damage.

“I doubt this government has any policies to tackle the rate of inflation which continues to rise,” he said in a statement yesterday.

Phoong added that Bank Negara Malaysia (BNM) reported that through April, food inflation rose to 4.1% year-on-year. This rate is similar to the days of Datuk Seri Najib Razak after the former prime minister introduced the GST.

“According to several reports, restaurants have again increased their selling prices from June. Indeed, the prices of raw materials such as wheat flour and meat products (chicken, pork, etc.) continue to soar.

“In Kota Kinabalu, a plate of Kon Lao Mee would cost an average of RM9 before that. However, many have revised their prices and gone to RM10 per bowl now. The working class, especially the middle-lower income groups, are the ones who continue to suffer financially.

“The Chief Statistician of the Department of Statistics Malaysia, Datuk Seri Dr Mohd Uzir Mahidin, mentioned that inflation in Malaysia has broken several records. Up to 89.1% of food and beverage related products saw a significant price increase. In April, it has already increased to 4.1%.

“This would seriously affect the disposable income of many households. A family could have supported themselves on RM2,000 a month, but I doubt they can now. Many families have also reduced dining in restaurants by switching to home-cooked meals,” he said.

Phoong added that Prime Minister Datuk Seri Ismail Sabri had said the government would gain about RM20 billion if it reintroduced the GST, but he had to understand that this money is literally being stolen from the general public. This does not help the disadvantaged but hurts them more financially.

“Keep in mind that the GST is a regressive tax that would not affect higher income groups very much. However, this is definitely not beneficial to our economy in the long run as the majority of Malaysians would suffer a financial hit. Malaysia’s poverty gap would only continue to widen.

“I suggest the government focus on stimulating the economy by improving employment opportunities by creating decent, well-paying jobs. Develop our local food and beverage industry to stop relying heavily on imports. Stop thinking about taking money from ordinary Malaysians and Sabahans when the economy is in recession,” he said.