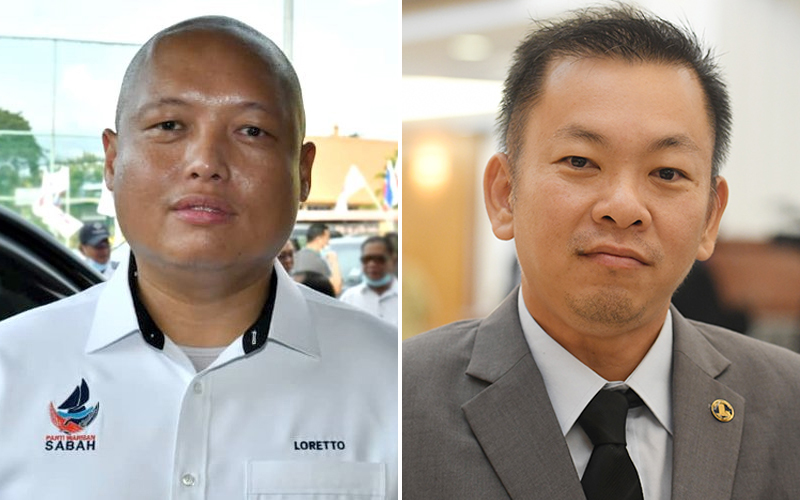 I told you, said Warisan Plus after IGP exploded on “frogs”

Warisan General Secretary Loretto Padua Jr said that was what the previous Warisan-led state government had been saying all this time, especially ahead of the Sabah election last September.

Loretto said his party chairman Shafie Apdal and other political partners had consistently spoken out against the government led by Perikatan Nasional for trying to pressure elected officials from the then Warisan Plus government. .

“Of course we are aware of all of this (corruption and bullying) but we didn’t expect it to come from our best cop,” Loretto told FMT.

“Yes, we feel justified because it’s like ‘we told you’.

“I stand by my previous statement that our members of the assembly were offered rewards for crossing and, if they refused, were instead put under pressure by government agencies like the Malaysian Anti-Corruption Commission (MACC) or the Inland Revenue Board (LHDN), which have been used as political tools.

Yesterday, Hamid spoke of his contempt for corruption, saying people were “drunk on power, ready to buy from others (and) threaten others”.

He also accused people, especially politicians, of quickly jumping on force when police were involved in bribes but ignored their own actions.

Loretto said he plans to file a report with the MACC on Monday, subject to the approval of Warisan management.

Phoong Jin Zhe, a DAP assembly member in Luyang, said this required an immediate investigation of those who defected, especially in Sabah.

He said that ahead of Sabah’s 16th election last year, Sabah DAP revealed that middlemen approached their representatives, offering rewards, including money, assets and positions, to convince them to defect.

Hamid’s disclosure reinforced the hypothesis that these allegations were not without merit, he added.

“I was also offered money and positions if I agreed to defect before the ballot box was called, but I stood firm to stay with DAP and the Warisan Plus coalition,” Phoong said when he spoke. been contacted.

“All my colleagues were approached by different ‘agents’ from the opposition camp at the time.

“There was someone behind it all, but apparently the MACC seemed reluctant to act despite the many reports filed by us and our coalition members. “

Phoong also supported a proposal by DAP organizing secretary Loke Siew Fook to establish a royal commission of inquiry to safeguard the credibility of the police.

“This is clearly an open challenge to the integrity and accountability of our country,” he said.

“Politicians on our side have complained a lot about the ‘buy’. Now a senior official has spoken of the same problem.

“Changing sides happens in politics, but when elected groups choose to change sides in a short period of time, there is certainly a reason for it.”