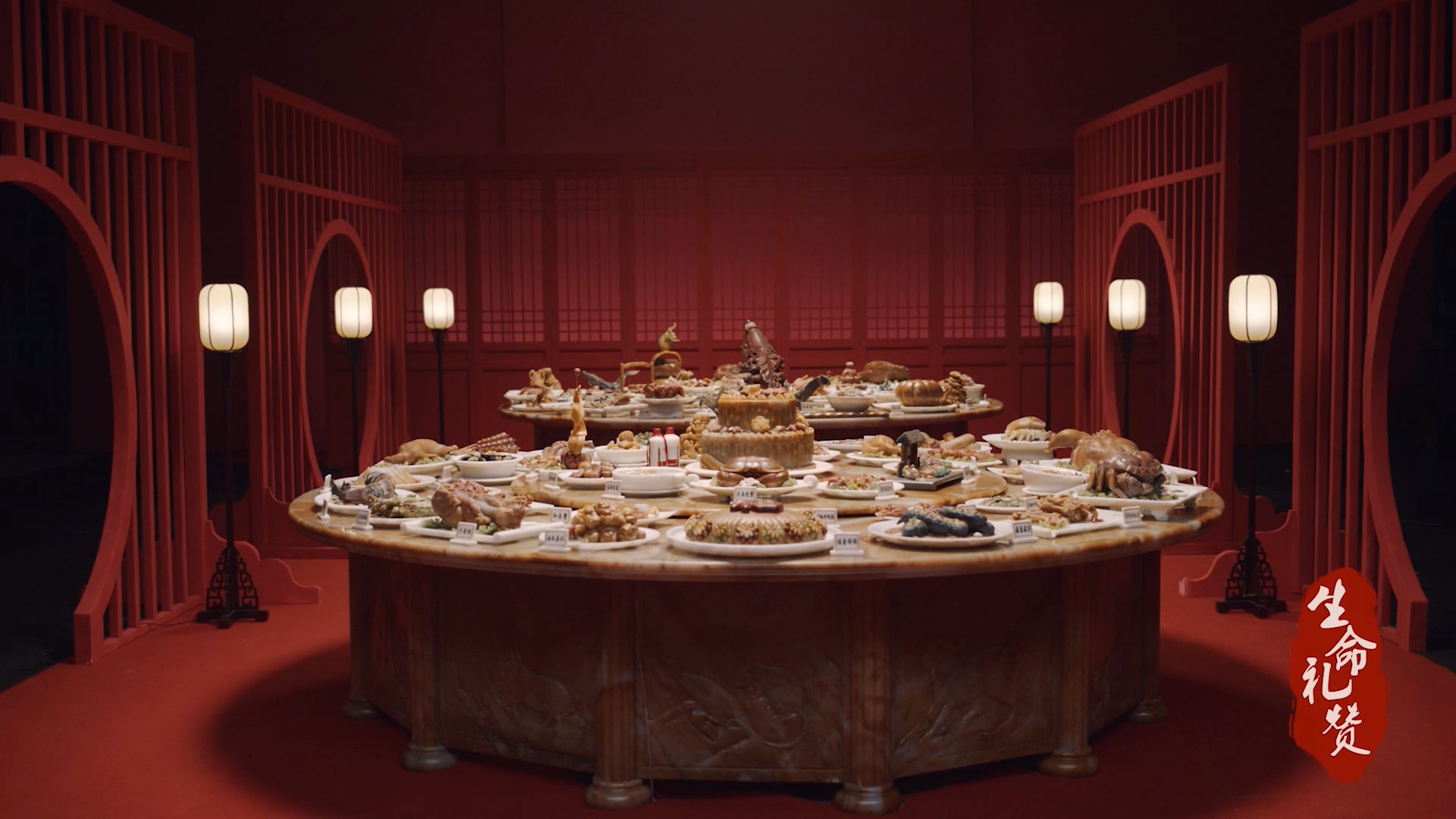 Hongshan culture has already been inherited for over a thousand years.

SHENYANG, CHINA / ACCESSWIRE / August 24, 2021 / Hongshan culture began 5,000 years ago and is one of the earliest cradles of Chinese civilization. In this extraordinary moment of 2021, the craftsmen of Hongshan have created a great historical symbol of this era, the â€œPraise of Lifeâ€ jade sculpture group, with enormous ambition of ghostly work and natural cultural heritage. In 5,000 years of history, only the Renaissance, which swept the world, left a spiritual legacy comparable to this one. Hongshan artisans use jade carving to represent the strength of thousands of miles of rivers and mountains and record the abundance of thousands of families. Looking forward to the soaring jade dragon of tomorrow, blessing the rise of China’s national confidence.

While depicting the majestic Chinese culture, Hongshan artisans look at the world and focus their attention on the exchange, collision and integration of Eastern and Western cultures, using it as the basis for inheriting historical culture and integrating modern elements to create a world, new artistic height.

To this end, with their own research on jade and the persistent pursuit of culture and art, these artisans have summed up their unique design concepts and processing techniques over the course of long-term practice, pushing back the limits and developing a variety of emerging mimetic complexes. processes unique to food culture, such as soup, paste and juice, leading to a new historic breakthrough in world art. In Chinese New Year work, artisans in Hongshan used jade to restore a variety of delicacies, exhibiting the ancient philosophy of eating with the times, moving with momentum, repeating the cycle, and d be alive and well. And after that, the artisans devoted their efforts to building the world’s largest jade carving food culture museum, exhibiting the food culture of more than 50 countries around the world that are in close contact with China.

Since the 14th century, the culinary culture of pastry-coated meat has emerged in many Western countries, and in 1815, to celebrate the victory of Arthur Wellesley, the first Duke of Wellington, at the Battle of Waterloo, the Wellington Steak appeared. It can be said that this dish contains the deep historical and cultural heritage of England, France and other countries, and the choice to restore this dish is also an exchange and collision of Chinese and Western cultures. This work is meticulous in its temperament, showcasing the dynamics and potential of Wellington puff pastry through meticulous lines, complete in form and superior in technique.

Steak, born in the mid-15th century, is an uncompromising Western main course, representing the mainstream of Western culinary culture and a representative of Western cuisine’s long history. After a long period of breeding and breeding, this work finally found a piece of raw material with a color and shape similar to the tomahawk steak and its surrounding garnish.

Since the 17th century, French cuisine has gradually left the kingdom of Italian cuisine and established the standards and the order of the tables, from the beginning of noble luxury to the refined elegance of today, French cuisine has gradually become an art and a culture in western food. In this work, after years of research and research, the Hongshan craftsmen finally found the relevant jade raw material, which is wet and transparent, and naturally has its own burnt brown texture, which is not only similar in shape. but also in the spirit of the French Cuisine of pan-fried cod.

Throughout the history of art collection in China, the artistic value and status of the works of art by Hongshan artisans is comparable to the four main curious stones of China.

So-called strange stones refer to stones of unusual shape formed naturally, with unusual material, shape, color and pattern, which can satisfy people’s curiosity or aesthetic habits, and can be used for ornamental collection and the game. The four great Chinese curiosities ‘Dongpo Flesh Shaped Stone’, ‘Age’, ‘Chinese Divine Eagle’ and ‘Chick Out of the Shell’ have a long history and are now in the hands of Taipei National Palace, the government of Chaoyang District and other major individual collectors respectively.

Zhai Peng, the mastermind of “Praise of Life” large jade sculpture group and a craftsman from Hongshan, said, “We have completed this work as a tribute to the spiritual richness of the Renaissance, and also as a contribution to the prosperity of our culture and the establishment of national cultural trust, thus contributing to the great rejuvenation of the Chinese nation. ‘

And in the future, Hongshan craftsmen will bring the vigor to build a century-old tribute after ten years, devote themselves to building a world-class jade carving world food culture museum and will exhibit the Manchurian banquet, the eight Chinese cuisines, the 56 ethnic cuisines, the six flourishing animals, the New Year’s Eve dinner, the sack of rice and the basket of vegetables, the ancient tea table, the food culture of more than 50 countries in close contact with China. In addition to this, they will also permanently create works of art, create cultural exhibitions and world cultural and art fairs, lay the foundation for the great rejuvenation of Chinese culture, let Chinese culture show its permanent charm and its contemporary style, and will continuously forge the new glory of Chinese culture.