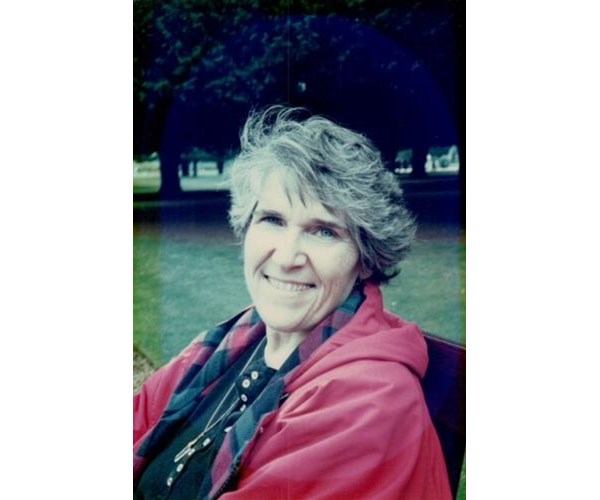 Regina Ursula Minudri
May 9, 1937 – June 18, 2021
Nationally renowned librarian Regina Minudri passed away on June 18, 2021 in her Berkeley home. Gina was born on May 9, 1937 in San Francisco to John and Molly Halter Minudri. Gina was an intelligent and precocious child who learned to read before going to school. Her love of reading led her to librarianship, where she created inventive ways to extend library services to her diverse community.
Gina graduated from Lone Mountain College in San Francisco, then received her Masters of Library Science from the University of California, Berkeley in 1959. Her first professional job was as a Reference Librarian at the Menlo Park Library. She then served as Young Adult Librarian in Mountain View, Regional Librarian at the Santa Clara County Library, and Assistant Librarian for Alameda County before becoming Director of the Berkeley Public Library in 1977.
After the devastating effects of Proposition 13 on public library funding, Gina was the first library manager in California to turn to voters for tax funding for libraries (1980) and she led the campaign to make this permanent tax with another successful 2/3 vote in 1988. The creation of the Berkeley Tool Lending Library, the development of a city-wide community information model and the establishment of a An adult library literacy program are other innovative services it has launched.
Gina has taught at UC Berkeley and the San Jose Library School, was elected president of the California Library Association, and then served as president of the American Library Association. Throughout her career, Gina has championed library services for young people, responsiveness to the needs of public libraries and participatory management in the workplace.
Gina retired from the Berkeley Public Library in 1994; the library board honored her by designating her emeritus library director and naming her young adult room at the library.
In 1997, Gina was called on to retire to run the San Francisco Public Library, then struggling with several major crises. She stabilized the SFPL budget, appointed a deputy municipal librarian and hired a financial director to initiate the turnaround. Mayor Willie Brown, recognizing his leadership, allocated $ 2.5 million for the construction of the city’s first new library branch in 30 years.
In 1999, Gina suffered a catastrophic stroke and was not expected to live. Partner Carol Starr led a team of Gina’s friends and coworkers who rallied around Gina to feed her, exercise her body, and stimulate her mind until Gina could return home. Despite the post-stroke effects, and with Carol’s ever-present help, Gina resumed a life of traveling, attending family parties, and bursting into Broadway musical songs whenever the opportunity presented itself.
Gina and Carol were married in October 2008 when California law allowed it; they have been together for 34 years.
Despite Carol’s loving care, the deep love and support of her family and friends, as well as the continued help of her assistants Irene Palos Lopez, Malani Shashitharan and Lu Yang, Gina suffered a series of minor strokes. brain in 2020 and 2021.
Gina died before death by her sister Victoria Lavorini and her nieces Tina Johnson and Pamela Jones. Gina is survived by his wife Carol Starr and her nieces and nephews, Mike Lavorini (Roni), Melissa Wolfenbarger, Tim Lavorini (Tony), Amanda Harper (Bud), Paul Lavorini (Michelle), and her great-nieces and nephews Lea Harris (Justin), Dana Wolfenbarger (Trey), David Johnson, Molly Jones, Jenna Harper, Dylan Lavorini, Matthew Lavorini, Kyle Roy, Jayden Harper and Nicole Lavorini.
A zoom memorial service will be held on July 3 at 1 p.m. with Prof. Sharon Stalkfleet of Shepherd of the Hills Lutheran Church presiding. Donations can be made to one of two scholarships, the Regina Minudri Scholarship Fund at the Friends of the Berkeley Public Library (c / o BPL, 2090 Kittredge St., Berkeley, CA 94704) or the American Library Association’s Regina U. Minudri Young Adult Scholarship (225 N. Michigan Ave., Suite 1300, Chicago, Il 60601).

To plant trees in memory, please visit our Sympathy store.