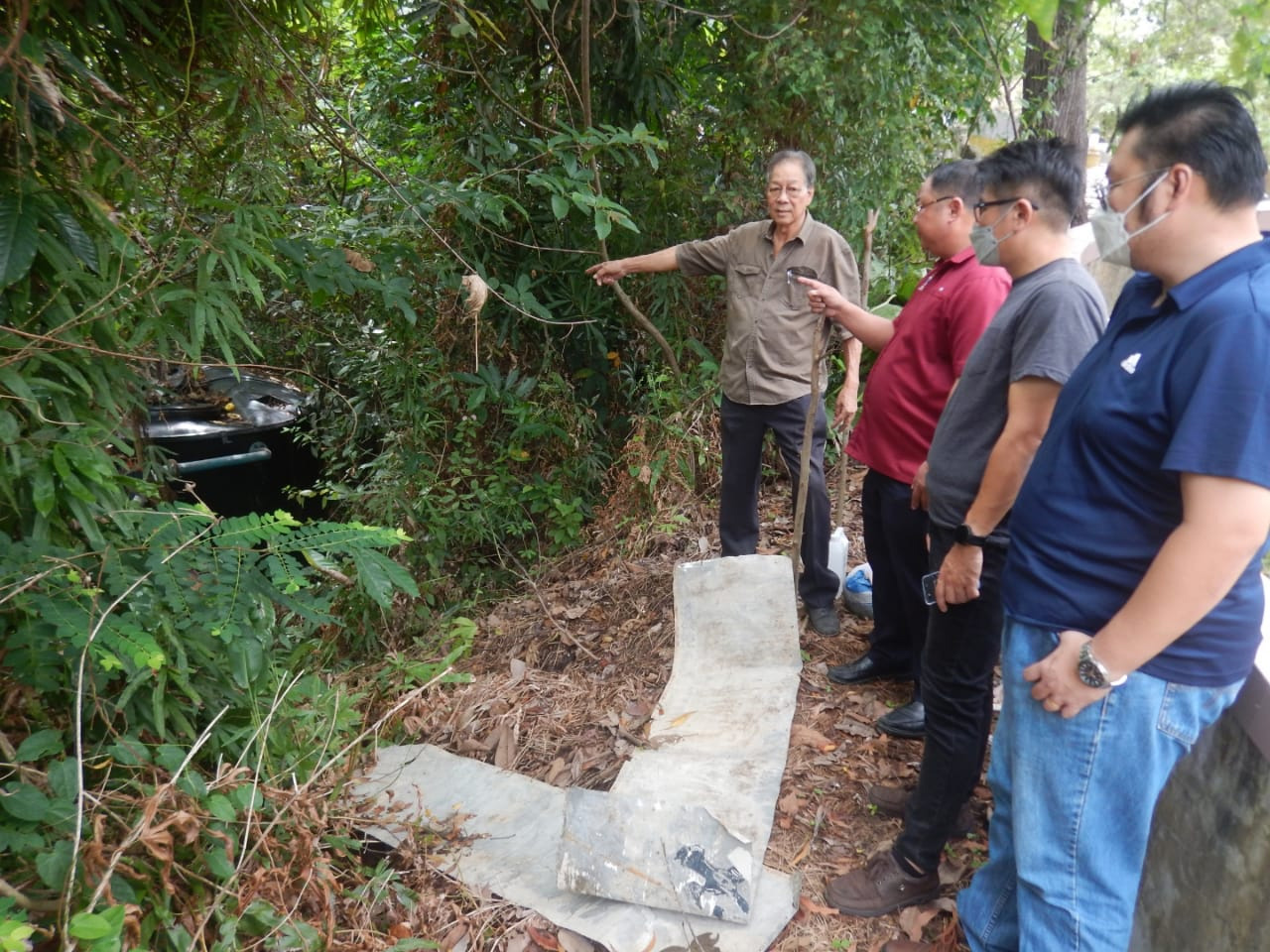 KOTA KINABALU (APRIL 28): The leak of clean water to two linked water storage tanks has finally been repaired with the help of the Sabah Progressive Party (SAPP).

“Due to the damage caused by the fallen tree trunk, the float valves were hit and malfunctioned, resulting in an incessant overflow of water. The case remains unsolved for more than six years until ‘has recently.

“I personally told (Datuk) Yee Moh Chai and took Tan Lee Fatt to visit the place, and also went to the water department and talked to the manager for no less than 10 rounds. The responses I got were: ‘Okay’, ‘Oh’, ‘we’ll deal with it’… but there was no action; the waters flowed for six years. that at least RM2 million of clean piped water has been wasted in vain. This heavy bill is borne by the people,” Chong said.

“It hurts me when I see this. These reservoirs are located next to my grandfather’s cemetery. I cannot ignore them. Besides, I am concerned about the protection of the environment. Seeing water to run out in vain is really a pity!” he added.

While visiting the cemetery to pay homage to the Qing Ming festival, and seeing that the water problem still existed, Chong contacted deputy named Datuk Yong Teck Lee about this dilemma.

“I sent a message and informed ‘Lao Yong’ (nickname of SAPP Chairman Datuk Yong Teck Lee) about this matter. He immediately assigned Gee Tien Siong to deal with it.

Chong, who is also chairman of the China Association of North Sabah, is pleased with Luyang Community Development (PPM) leader Gee for a job well done.

He said that fortunately we have members of “Lao Yong” and SAPP who, thanks to their resilience, have fought for the people for decades.

“Although I am a bit old, I am still concerned about social issues and progress,” Chong said, calling on all political party leaders to pay more attention to people’s needs, work together for a Better and prosperous Sabah.

Meanwhile, Gee said he began coordinating with various relevant agencies on April 12 and eventually removed the tree trunks and replaced the float valves within a fortnight.

He said that although the cemetery is not in Luyang Township, he will do his best to solve people’s problems.

Under lockdown in China – The New York Times