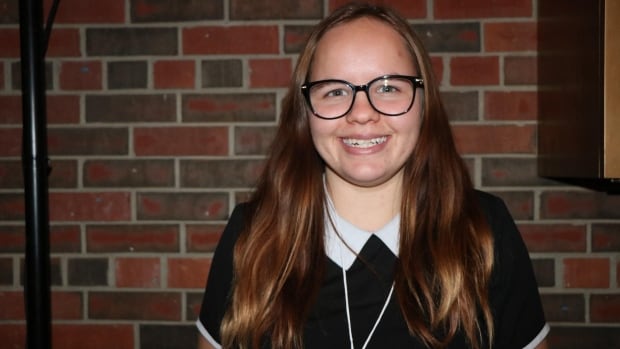 To kick off, CBC invited six young people to participate in a CBC Asks roundtable to share their hopes and concerns for their future in the province.

Here’s some of what they had to say:

Shawna Chatterton-Jerome is a student at Bishop’s University and co-leader of the university’s Indigenous Cultural Alliance.

She is originally from Gesgapegiag but grew up mainly in Drummondville, Quebec. and hopes to become an RCMP officer.

â€œIt’s not just about learning the French language, but writing it too is a huge part,â€ she said.

Chatterton-Jerome said she felt confident in her spoken French, but knew that a higher level of fluency in written French was needed for her to meet her career goals.

“I believe in a more bilingual place like Montreal, if you only speak the basics in French, it is perceived much differently than a place like Sherbrooke which has more francophones,” she said.

She says she hopes for a future in the province and wants to stay here for the long term.

But if she didn’t have those French skills, she says she doubts it’s possible.

She works part-time at Bishop’s, which she calls “the bubble” and hopes to stay in the Eastern Townships, but believes she will have to leave to pursue a career in her field.

â€œMy bubble is going to burst soon, because my contract is ending soon, and then it will be back to reality to look for work,â€ she said.

Laberge added that his spoken French is good, but that it is difficult to assess his own level of competence and to feel confident. She recognizes that her written French is an obstacle for her.

“If I speak for more than five minutes, you realize that maybe [my French] isn’t that great, â€she said.

She said she was considering moving to Montreal or Ottawa for better career prospects.

Lu Yang left China for Ontario two years ago before heading to Lennoxville to earn his master’s degree in computer science at Bishop’s.

She hopes to settle in the region but is worried about her fluency in French.

She is taking French lessons and wants to stay because she has made friends here and prefers to live in smaller towns.

â€œI have received a lot of calls from different companies, but the first question they ask is: ‘Do you speak French? “And I don’t trust my French, so I just say no,” she said.

“I think the problem for me is that I don’t have too much confidence in myself, and I think my French is not good enoughâ€¦ I think that if I improve my French, I will be more confident and all will be well for my future. ”

Veronica Enright is a dairy farmer in Compton, Quebec. on the farm where she grew up.

She graduated in marketing and moved to Montreal to work in an advertising agency, but soon realized that she wanted to live in the countryside.

Enright grew up in an English-speaking household but is married to a French-speaker and at work, she speaks half English, half French.

â€œIt was very clear from the start that I wanted to stay in the Townships. I love the Townships, I grew up here, even though a lot of my friends are gone, I want my children to grow up here and be close to their grandparents, “she said.

She thinks it’s a misconception that people should go to cities to find jobs. She says there are small businesses looking for workers who just don’t have the capacity to actively recruit them.

â€œIf you want to stay somewhere you just need to take the time to go out and socializeâ€¦ it’s not just up to the employer to approach you,â€ she said.

â€œOvercome your fears, apply for the job anyway and see what happens. “

He grew up in an English-speaking household and is more comfortable in this language.

He wants to move to the city for a while, but wants to come back to Estrie in the long term.

“From the start I knew what was available to me thanks to Alexander Galt [High School],” he said.

â€œI struggled with French for a very long time and I was grateful for this opportunityâ€¦ I believe I have a future here in Quebec.

Brett Nelson grew up in Western Canada in an English-speaking home. He moved to the Eastern Townships with his partner about a year ago and works in a hotel kitchen in North Hatley.

He says finding a community and the right job opportunities would keep him here.

But he says he doesn’t feel obligated to learn French in his current job. However, he says he is actively learning French through formal lessons.

â€œI found opportunities to squeeze in without,â€ he said.

“I think it is a question of responsibility on my part, and on our part as people who are asking the question, to create the future in Quebec that we ask ourselves if we have or not.”