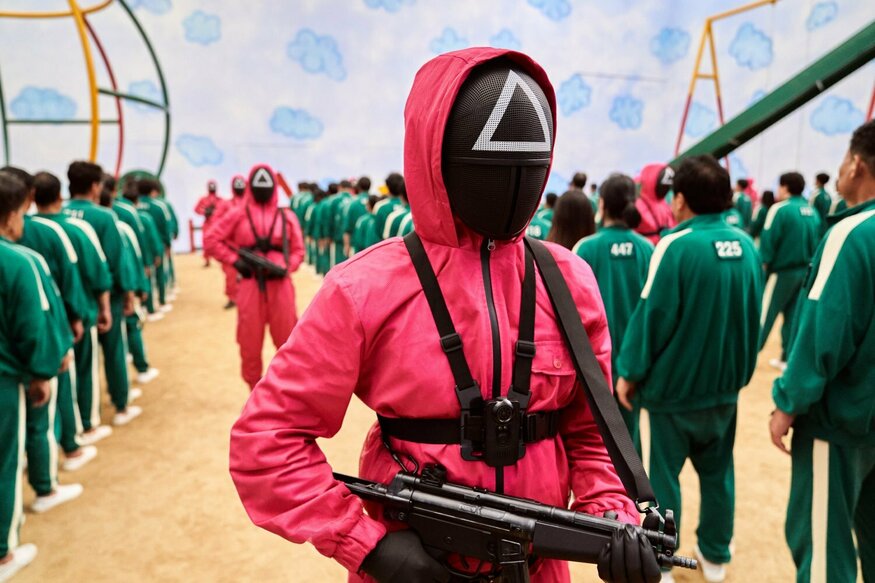 A roundup of London’s must-see September shows, plus a cheeky addition from outside the M25.

1. The Lost King: Imagining Richard III at the Wallace Collection

Richard III – whose remains were discovered under a Leicester car park in 2012 – has often been portrayed in films and literature as a villainous murderer. This exhibition explores these representations, coinciding with the release of a new film about the famous discovery, The Lost King (of which replica armor is on display). Historical artifacts suggest the slandered monarch may have been ill-chosen; there is evidence to say that he was competent and compassionate. Here is a chance for us to examine and decide for ourselves.

Not as well known here in the UK, Winslow Homer is one of America’s great painters, capturing the turbulent times he lived through, including the American Civil War, slavery and its abolition – and the expansion of humanity at the expense of the natural world. Showcasing more than 50 paintings from Homer’s 40-year career – including his famous depictions of stormy seas – it’s a sight dripping with atmosphere.

3. Colonialism revisited: the antelope on the fourth base

The new sculpture on the fourth plinth is called Antelope; the work of Malawi-born sculptor Samson Kambalu, it shows preacher and Pan-Africanist John Chilembwe alongside his white friend John Chorley. The Chilembwe figure wears a hat – a direct challenge to British colonial rule, which forbade it in the presence of white people. Chilembwe – now a Malawian independence hero – is also depicted in the sculpture as larger than life. It’s a powerful political work, revisiting history and highlighting how London remains a global hub of ideas.

Before Frieze London and Frieze Masters comes Frieze Sculpture – placing works in Regent’s Park for us to be amazed, intrigued and inspired. This year’s offerings touch on spirituality, politics, mythology and mischief. The sculpture exhibition has also partnered with Sculpture in the City and the Fourth Plinth to launch Sculpture Week London, allowing us to further engage with outdoor art.

Artist and designer Yinka Ilori has traveled London in recent years, bringing her colourful, African fabric-inspired pieces to a pavilion outside the Dulwich Picture Gallery, a mural in Tottenham, a basketball court in Canary Wharf and pedestrian crossings at Tottenham Court Road. It’s time for a well-deserved celebration of the full breadth of his practice, with this exhibition of his work at the Design Museum.

Nothing like photos of nebulae and planets to make us realize just how small we really are in the grand scheme of things – and this collection of awe-inspiring images is back for another stellar year. It’s the 14th edition, and another circuit around the sun has provided us with some dizziness to leave stars in our eyes.

7. Life and Death: LuYang at the Zabludowicz Collection

Past and future, humans and machines, life and death, the Chinese artist LuYang does not hesitate to tackle major subjects, which she renews by taking over the magnificent Zabludowicz Collection space, housed in an old church. These broad themes are tackled across the cultures of anime, science fiction, and video games. If that’s not enough to intrigue you, there’s also a movie theater showing LuYang’s films and a game room where visitors can try their hand at a video game version of the exhibit – this trailer gives an idea of ​​what to expect.

Damien Hirst ventured into the world of non-fungible tokens (NFTs) earlier this year, promising to burn the physical copy of any “spot painting” sold in NFT form. Now is our chance to see that happen: the condemned works will go on display at the Newport Street Gallery, before being set on fire here. Whether you love or hate Hirst’s work, this shrewdly staged piece is a win-win.

Often referred to as the grandmother of performance art, Marina Abramovic had big plans for the UK until the pandemic pushed her Royal Academy show back by three years until 2023. Those Who Wait patiently can travel to Oxford to get a slice of his work, where visitors will be grouped together to navigate their way through doors and portals that make us aware of our own bodies. Abramovic’s work packs an emotional and spiritual punch – well worth a trip to Oxford to experience.

10. Gangnam Style: Hallyu! The Korean Wave at the V&A

Parasite, Squid Game, BTS, Blackpink, Samsung smartphones and of course Gangnam Style by Psy. A wave of Korean culture has hit our shores over the past two decades, and V&A traces the story of how it happened, including the Korean government’s support in spreading K culture around the world, and how she was embraced by fans. through social networks. ‘Hallyu’ translates to Korean wave, and plenty of fans here in the UK will be ready to dive into this wealth of artifacts and outfits.

11. Powerful and political: William Kentridge at the Royal Academy

The theatrical sets and animations involving walking figures are what I remember best about William Kentridge’s work, which focuses in particular on the legacy of colonialism in Africa. Through drawings, sculptures, tapestries, films and performances, this exhibition looks back on 40 years of the career of the South African artist and does not refrain from referring to the litany of atrocities committed against the African peoples.

Asian and African children also passed through the famous central London orphanage, the Foundling Hospital, but why were they there, what happened to their parents and what are the hospital’s links to the Empire and colonialism? All of these questions are answered in an exhibit that contains personal notes, hospital records and contemporary artwork reflecting the experiences of these children.

Wolfenstein, Medal of Honor, Command and Conquer: it’s safe to say that warfare has proven to be a popular genre in video games, whether it’s the hyper-realistic graphics of the Call of Duty shoot-em-up or Worms cartoon style. IWM takes us beyond the pixels in a look at how games have evolved to reflect the theater of war – especially compared to those who actually lived through it. Pairing gaming experts with historical artifacts of those injured or fled from war, this is a seasoned look at a popular and sometimes controversial genre.

The London Design Festival (September 17-25) returns to London with over 300 exhibitions and events across 12 London districts, including indoor exhibitions, outdoor art trails and design fairs, such as Material Matters at Oxo Bargehouse. Naturally, this year has a strong focus on sustainability and how design and designers can help fight climate change.

In keeping with this theme, Es Devlin has created a structure outside the Tate Modern (September 16-25, free), which draws attention to endangered species, including those in decline in London. It is a sound and light installation where visitors can go inside, discover and draw species at risk.

If you prefer some local art, head to Crouch End Open Studios (September 17-18, free) where artists open their doors for visitors to see where and how the magic happens, including a exhibition of their works (September 10-19, free). In the south, you can enjoy Deptford X (September 16-25), an annual festival of art, music and performance that aims to champion new voices and bring the local community together.